It's Not All Coins & Curios 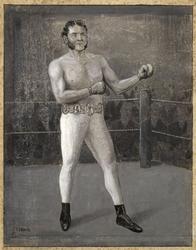 As a relatively new employee of the Auction House and to anyone who has neither been to an auction or placed anything up for sale in this way, it can be a little daunting. I guess anything new generally is. It's all about finding your way in a sea of new terminology and uncertainties which, hopefully after this little article you might feel a little more informed and definitely keen to give the auction a go.

I have to say... i've used the auction services a few times now and feel pretty happy about it too. All those bits and bobs and items that really are simply gathering dust these days, were dusted off, given some last moments of appreciation (thank you), have now become valuable and worthwhile to 'someone' somewhere....Villeroy & Boch glassware for instance, i loved these, i actually still do but having a renewed use and appreciation wherever they ended up is far better than taking up room in a cabinet or box in the loft.

Myth 1 - The Auction Process Is A Minefield

The Auction Process is just so simple !! Granted, there's a bit more to do than you might by just taking a photo, providing a brief description and bunging it on Ebay but its very similar. The bonus is you can speak to people, take advantage of a wealth of knowledge and your items are given a care and attention to maximise their potential. It's in everyone's interest to earn as much as possible. Remember 'you' earn money if it sells and so does the auction house, so they are there to help you get as much as possible and that includes Getting You Registered, Providing Online / Face to Face / Telephone Support.

Myth 2 - Nobody Will Want My Item/s

Are you kidding ? I've been so impressed seeing quite frankly, items that I thought had little value, draw a tidy sum for their customers who clearly are overwhelmed with their financial gain. We aren't talking thousands or even hundreds of pounds .... there are those moments of course ! but we are talking about money you thought you didn't have, or could unlock from the Ceramic Beagle sat upon your window ledge of a backroom you rarely visit or that wooden thing sat on a shelf in the garage which turns out is a part of a mid century cabinet that someone has been after for years. It's not all coins and curios ...there is potential in nearly everything ! so Myth 1 dispelled, Don't think items have to 'look' valuable to 'be' valuable. Ask questions, google the name on the underside of things...just do that little bit of finding out.

You actually might do but hold on ! It's 'usually' items which have age, quality, interest, aesthetic appeal or are universally accepted as valuable (Gold / Silver / Diamond etc) that will have the potential to gain you back more than you paid for it. It is however, no guarantee and of course, a Television you bought new for £700, might realistically now only be worth £50. Yikes ! Why ? It's simple... it's used, has the occasional mark, has no guarantee it works 'properly' and has been superseded by a further 5 television models of the same make since your purchase (product and technological development i'm afraid). The BEST way to sell at auction would often be to list your items with a Reserve Figure (This is the lowest value you would be happy to accept at the point of sale). The slightly frustrating thing would be if someone might have purchased it if it was able to be £5 cheaper and they didn't get the opportunity due to the reserve figure. The flip side is therefore... if you have had your day with the item, enjoyed it and moved on from it, be happy with whatever you get. I've auctioned items and thought at some point, well that's an absolute bargain someone's got from me there and i've been for a moment a little agitated. A moment later.... i'm happy as Larry (who's Larry?), I'm £50 better off than I was this morning, despite paying £700 5 years ago.

Myth 4 - It Has To Be In Perfect Condition

This is a really difficult one and the idea of something having a value due to condition is sometimes the case but surprisingly there are items that don't devalue on the basis of wear and tear, age, a mark from times gone by. If someone wants it, they'll pay for it ! There are a few things to consider though and the first of these, does it need to be clean ? is a good one to address. As a new employee, i've seen vast quantities of auction items pass through and on quite a few of the occasions i've also thought 'Holy Moly' if only the customer had given it a bit of a clean this could sell much more quickly and for potentially more money. The auction house will at times give things a little bit of a clean (it's in our interest too) but the team won't spend long doing it otherwise we'd be a very different type of organisation possibly called 'We'll Clean Your Stuff For Free dot com'. If you have an item/s that looks as though it would sell or sell better being clean, just give it a clean carefully though, broken items are harder or near impossible to sell unless they are really sought after. Furniture with a chip/s or scratch, generally these won't have a problem at auction. I guess what you should ask yourselves is 'Would I buy it in that condition'? If the answer is a firm yes, then get it in the auction, if you're unsure perhaps it's time to give it a wipe, a dust, a bit of Brasso or even careful repair to lift the appearance 10 fold. What we would stress though is, that there are items that are very definitely better cleaned or renovated by experts so.... 'if in doubt, find out'. Book an appointment with one of our team for an Assessment or Valuation. Click Me

If you have... well done ! I think people have been searching for it for a few thousand years now. Never the less, when you do come across something of potentially high value, one of the first things you will want to know is.... How much is it worth? This can be relatively straightforward to find out and we would always recommend getting in touch for a valuation Click Me .

Well I Never ! The word "auction" is derived from the Latin auctum, the supine of auge?, "I increase". (Thank you to the Telegraph.co.uk for that).

But did you know that Auctions are more common these days than they were hundreds of years ago? I Bet you didn't expect that. It was all about Haggling and Buying at a fixed price (my goat for your beans for example) were certainly more common. However, you might be intrigued to learn that the first known auctions were as early as around 500 BC when women were auctioned off for marriage. Before you rush off to box up your wife and kids and send them in for valuation, do bare in mind Myths 1 - 4 and oh yes... nowadays in most countries and cultures, it would be deemed as illegal and a contravention of the Human Rights Act. Oh alright.... I'll give you some well earned information on that too.

The first Human Rights Act is said to be dated around 539 BC. Cyrus The Great in the 6th Century Ancient Iran, issued what's referred to as the Cyrus Cylinder (discovered in1879) and outlines some key principles on Human Rights.

Clearly even back then, people were ignoring these rights and yes, even if your family members are in tip top condition, we won't be able to accept them i'm afraid !

What of the Gavel ? "A Gavel ? It's a Hammer" ! It is indeed but the acoustic qualities of wood on wood are also such that emanate authority and as used in court rooms across the world, bring a call to order. This is similar in ways to a Church Bell ! Tapping of a small spoon to the side of a glass to denote The Speeches at a dinner.

ps. 'Happy As Larry' . Australian Middleweight Boxer in the 1890s Larry Foley. He was lucky enough to win $150,000 in a large fight. A New Zealand paper's headline read 'Happy as Larry' and it stuck !